Venus by Bananarama is a song that first appeared on Dance Central 2. The default dancer for this song is Miss Aubrey in her Crew Look outfit at the Set Adrift venue in DC2 and Toprock Ave. in DC3. The song is ranked under the Simple (2/7) difficulty level.

█ indicates that the dance move appears in the Short Version of the song, seen only in Dance Central 3's Party Mode, underneath the difficulty listed.

Beginner is only available in Dance Central 3.

All of the answers still apply if the song was purchased in a pack, with the exception of the cost. 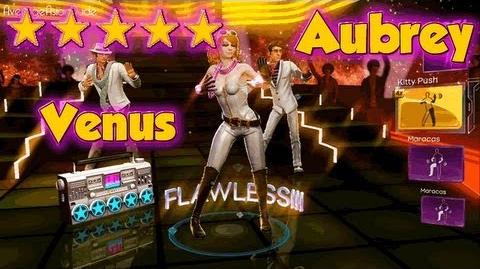