Dance Central is the newest music rhythm game in the Dance Central series for the Oculus Quest, Oculus Rift, and Oculus Rift S. It is a virtual reality simulation game akin to previous titles, except players can submerge themselves in the environments for an immersed experience. It was released on April 30, 2019 worldwide as a digital download.

Dance Central emeulates the same gameplay as past titles. Players follow on-screen characters to earn points, which in turn also fill up star gauges used to show how well they are doing. In Dance Central, the game is in virtual reality: players can look all around within the game and experience dancing one-on-one with the characters as if they were right in front of them.

The game uses a phone for navigation, but it is also used for in-depth gameplay. As players dance, they can gain contact with the characters and conversate with them through texts to earn friendship.

There are three main modes in the game.

In addition there are two other locations in the game.

There are five characters in the game. Emilia, Miss Aubrey, Mo, and Oblio return from previous installments while Hart is new to this title. The four returning characters wear their DC default outfits.

There are four venues for players to dance in, each is a spot where one of the dancers hangs out, though any dancer may perform in any venue.

Entrance: The starting location when entering the club. Always packed with people waiting to get in, the player slips through easily. Once past that rope, turn around and show the crowd who's boss. Hart keeps everyone in line, but she's sure to let the player in.
Main Floor: The biggest room for a reason, everyone makes a circle in the center of the room for the player. Emilia is never far away and always looking to dance.
Bar: A decidedly less crowded place, though still fun to party in no less. After all, those viral videos don't upload themselves. Mo hangs around this area, ready for dancing or chatting.
VIP: An exclusive area, but the player fits the bill. Here the crowd respectfully stands in the back, giving the player plenty of room to do their thing. Miss Aubrey lounges in here, where else would you expect Dance Central's queen?

Studio: Not a venue for Perform It, but this is where players come to practice their skills. Oblio waits for the player here, ready to give advise when needed.
Lounge: The place to party! This room will be the location of the players friendly and rival dance battles. Challenge your friends in coop mode here. Any dancer is ready to throw down here.

The game has 32 songs for players to dance to. Each song has a routine divided into two levels, Standard and Pro. While both are available from the start, the game defaults the level to Standard, but it can be changed via the in-game phone. Each song has a difficulty listed between 1-3, indicating how challenging it is. Songs from previous entries were given new routines. Each character has a favorite song that can only be performed with them.

Megamixes are collages of songs put together to form routines. Each megamix is named after a crew from the series. 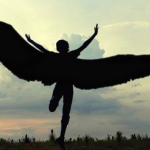